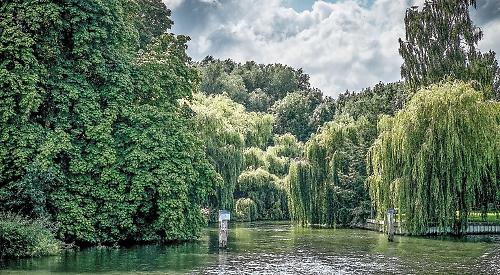 DICK FLETCHER’S amusing letter in the Henley Standard a couple of weeks ago about McCarthy & Stone apparently reversing the flow of the River Thames reminded me of something similar.

A Thames tributary called St Patrick’s Stream leaves the main river above Shiplake Lock and flows through lovely countryside known locally as Borough Marsh and into the River Loddon and then back into the Thames immediately below the lock.

Environment Agency signs warn that it is “Unsuitable for launches” as it’s fast-flowing and the drop may be up to 1.5m over two miles.

The rise and fall at Shiplake Lock is estimated to be slightly more than this. It is said that when the first pound lock, designed by Henley’s Humphrey Gainsborough, was installed here in 1773, the water level was raised to such an extent that St Patrick’s Stream started to flow in the opposite direction — exactly as it does today.