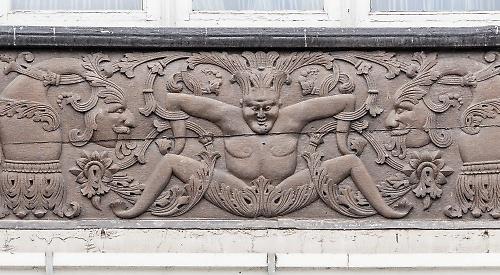 A SHORT distance from Caxton House is the former Imperial Hotel, which has been empty for some years now.

Built at the end of the 19th century to catch the eye of the increasing number of tourists arriving by train at the station opposite, the hotel is in a line of shops, formerly known as Imperial Parade, in Station Road.

Some of the shops are now either empty or have been converted to other uses.

When the hotel was built there was open land next to the railway.

The hotel, which was known as The Edwardian in the Eighties, has a mock-Tudor design with huge and decorative chimneys and generous detailing. There are two large artwork panels on the front which hint at the Far East.

Perhaps these date from the early Nineties when the hotel had a Thai theme.