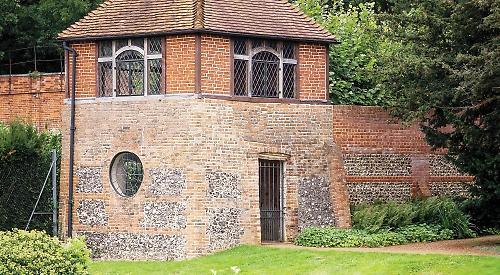 CAVERSHAM Court Gardens are next to the River Thames and popular with both visitors and locals.

Back in the 12th century this was the site of the shrine of Our Lady of Caversham and the home of religious relics brought back from the Crusades by the Duke of Normandy, such as the spear head said to have pierced Christ’s side on the cross and a piece of the rope with which Judas Iscariot is said to have hanged himself.

A part of the original shrine made from Purbeck marble is now the font in the nearby Church of St Peter.

A rectory was built here after the Reformation but was replaced in the mid-19th century with a Gothic-style mansion designed by Augustus Pugin for the Simonds brewing family. This in turn was demolished in 1933. The gazebo here is evidently the oldest on the Thames.