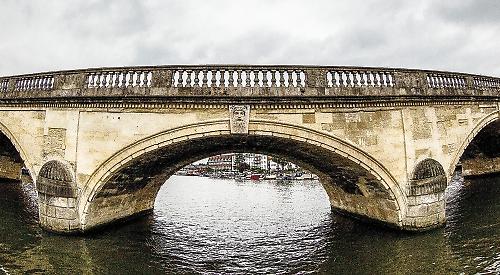 PROBABLY the best known feature of Henley is the iconic bridge (c 1786).

It was configured by William Hayward who frequently expressed a wish that if he should die before its completion, he wished to be buried beneath the central arch.

In fact, he is buried at St Mary’s Church.

The story goes that he gave up his seat in a crowded public carriage to a woman during tempestuous weather. This act of kindness gave him a cold, which led to a fever from which he died.