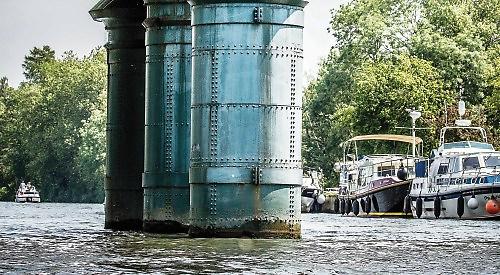 IT is difficult to believe that this railway bridge on the Henley branch line was originally made from timber trestles.

The two viaducts over the Lashbrook and the Thames were evidently something of a challenge when they were constructed back in the mid-19th century, taking around two-and-a-half years to complete.

Initially, this was a single-track line that carried steam trains from Henley to Twyford, five trains per day each way.

At the very end of the century the line was doubled, although it it reverted back to a single line in the Sixties.

The picture shows a summer scene where the railway crosses the river from Shiplake to Wargrave.