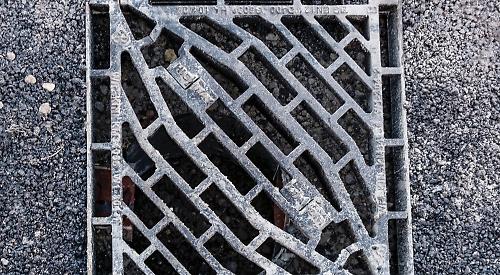 MY two pictures this week show the effects of ageing.

On the left is an old cast iron drain cover in Greys Hill, Henley, with the words “Rogers Henley” set in it while on the right is the latest type, which appears to be made of some composite plastic and features the words “Wrekin Highway Waterway”.

I’m sure the new covers are better designed and more effective but it still feels sad to see evidence of Henley’s old foundry disappearing.

A house called the Old Foundry in Friday Street was Rogers Foundry in the late 19th and early 20th centuries, where iron moulders, labourers, storekeepers and apprentices worked.

However, the family name survives through the Rogers garden stone company in Faringdon.