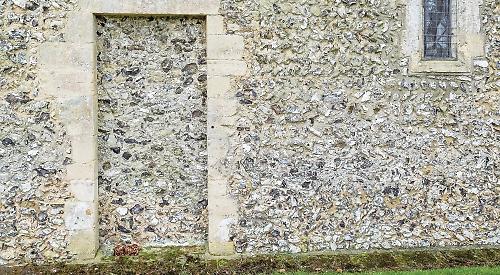 MANY readers will have been following the signs featuring sketches of St Botolph to the snowdrop walks and the refreshing teas and cakes at the church of the same name.

The building itself is set alongside the old Ridgeway in the Chilterns at Swyncombe, in the Area of Outstanding Natural Beauty.

After enjoying the outstanding fresh air and the sight of all those snowdrops in the churchyard, did this blocked off Norman doorway get noticed?

It is said that during baptisms in the Middle Ages the infant was exorcised three times during the ceremony and the north door was blocked open to let the evil spirits escape. Some accounts say these doors were filled in to prevent evil from re-entering.