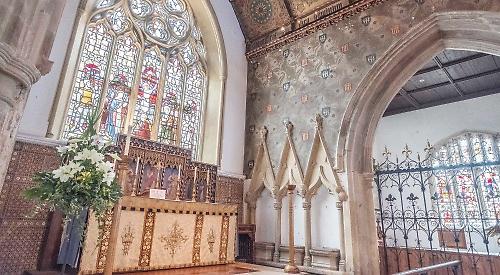 THERE has been a lot of talk recently about Henley hauntings and ghosts with Mary Blandy being the name that comes up most often.

Her story and Blandy House have often featured here but for those who don’t know she was convicted of murdering her father with what she thought was a potion to soften his attitude towards her and her lover but turned out to be poison.

She was hanged in Oxford in 1752 but many believed that she was wrongly convicted, including the rector of St Mary’s Church.

He allowed her to be buried under the chancel in the church along with the remains of her parents and this is recorded on an information board in the church.

However, a later rector did not agree with his predecessor’s decision and subsequently had her remains removed from the church.

Perhaps this is why there have been many alleged sightings of Mary Blandy’s ghost!