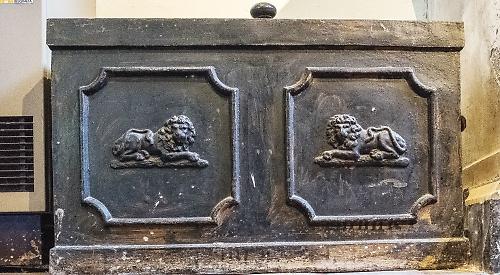 THIS old munitions chest can be seen in St Mary the Virgin Church in Hambleden.

It used to belong to Lord Cardigan, who was born in the Jacobean-style manor house opposite the church in 1797. The house itself is known for appearing in films but is also where Charles I is said to have stayed after escaping from Oxford in 1646 during the Civil War.

The chest, which is decorated with two lions, was taken by James Brudenall, the 7th Earl of Cardigan, during the Crimean War and the ill-fated Charge of the Light Brigade.

This military disaster has been blamed on Cardigan, not least by Alfred Lord Tennyson, who married Emily Selwood at the church in Shiplake.