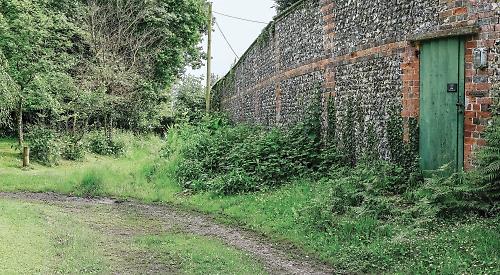 THIS track in Binfield Heath is overgrown but must have been used more extensively in the past. A notice calls it Keeps Lane yet maps spell it with no “S”.

It is said that you can hear the distant and ghostly sound of horses’ hooves on the track.

The story goes that in 1839 Charles Henry Stonor was overseeing some tree-felling on his estate when he misheard a call and stepped into the path of a falling tree and was seriously injured.

His groom sped off on horseback to fetch a doctor from Reading but Stonor died while he was gone, so his butler mounted another horse and sped off to catch up with the groom and fetch him back.

However, the groom was already on his way back and somewhere along the narrow and muddy Keep(s) Lane the two galloping horses collided, killing the butler.