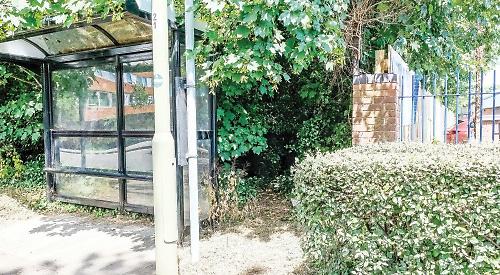 THANKS to Sally Rankin of Henley Wildlife Group for getting in touch about my Cold Bath Stream source question of a few weeks ago.

I asked if anyone knew where this waterway comes from before it emerges from under a footbridge near the station and then makes its way alongside the River & Rowing Museum and into the Thames at the Promenade.

Apparently it takes much of its water from tunnels that are filled by run-off from St Mark’s and St Andrew’s Roads and then travels through the small wooded area in my picture which is in Reading Road alongside Upton Close and opposite Singers Lane.

Even people who have lived in Henley all their lives may not have noticed this hidden watercourse.

It turns out that the houses had flooding problems a few years ago when the grids that are designed to hold back debris were blocked and the waterway burst its banks.

After leaving this area the water travels through culverts to emerge next to Meadow Road.