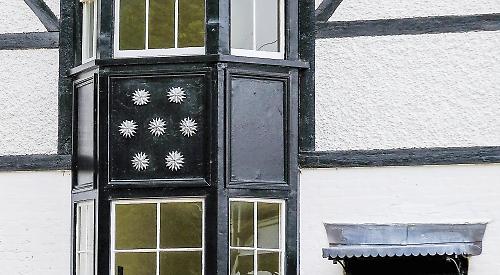 DATING back to the 17th century, The Seven Stars at nearby Knowl Hill was a popular Brakspear pub on the A4 Bath Road and may have benefited from being highly visible from the main road.

A listed former coaching inn, it could have been named after Pleiades, in ancient mythology a cluster of seven stars.

Being close to the notorious Maidenhead Thicket, it was certainly used by highwaymen in its earlier days but with the changes in people’s drinking habits over more recent years, the pub closed like so many others.

Now it is living accommodation, perhaps apartments, with the embellishment in my picture the only evidence left of its long former life.