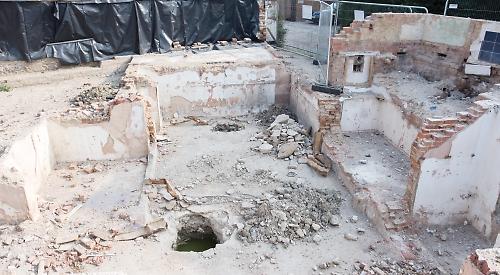 A YEAR ago the old derelict building of Thames Bridge House was still standing, the safety barriers were in position and a large hole had been revealed at the side which looked rather curiously like it might have been a brick-built well incorporated into the building.

Now it is being prepared for the erection of contemporary flats and the illustrations on the printed barriers show what it should look like. But they also include the warning: “Deep excavations”.

Inside in what was the cellar can be seen more of these well-like holes. They have water with a level almost to the top even in these days of drought.

So were they really built-in wells? Does any reader know for sure?