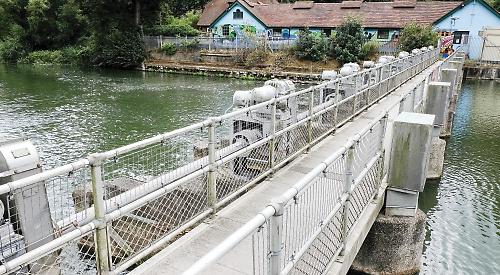 THIS weir is where Clappers Bridge on the River Thames in Caversham used to be. It was connected to some horrifying Victorian murders.

The corpse of an infant wrapped in flannel was found in the water by a bargeman. The baby girl had been strangled with white tape and then thrown in the river.

But the package still had the name of a Mrs Thomas and her address in Caversham.

As a result, police uncovered the murders of seven babies who had been left in the care of a paid adoption mother whose real name was Amelia Dyer. It is thought she could have been responsible for hundreds of other infant deaths.

Dyer was convicted by a jury at the Old Bailey and hanged in Newgate prison in 1896.