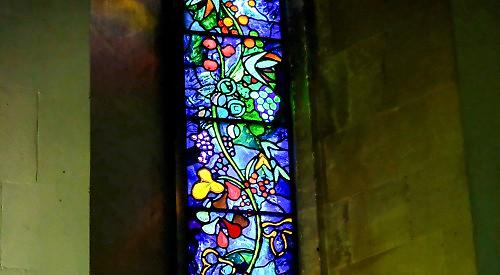 AMONG the very old effects in Fawley Church is this more modern stained glass window depicting the tree of life created by artist John Piper as a memorial to Anthony Hartley.

It is actually in the vestry but can be seen from the public side of the dividing curtain without intrusion.

Piper lived near the church and is buried in the churchyard. He also produced similar works for other churches in our area and the memorial chapel in Windsor.

He was a great friend of Sir John Betjeman, the poet, writer and presenter, and collaborated with him on various motoring guides to the British Isles and books on architectur, which can sometimes be found in second-hand book shops in Henley.