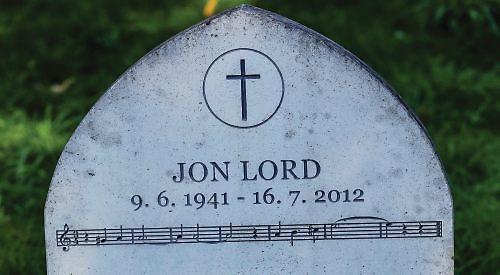 IT’S not often that a grave headstone incorporates a line of music but this one at St Mary’s Church in Hambleden marks the resting place of a special composer and musician.

Jon Lord, who lived in Turville until his death in July 2012, was best known as the founder of Deep Purple, the rock band that was influential in the Sixties and Seventies. Originally a classical pianist, much of his work was a fusion with rock, blues and jazz played at high volume — Deep Purple were once officially the world’s loudest band!

With his collaborations with stars including the Kinks, Anni-Frid Lyngstad of Abba and George Harrison and album sales in excess of 150 million, this modest grave marks a very important figure in modern music.