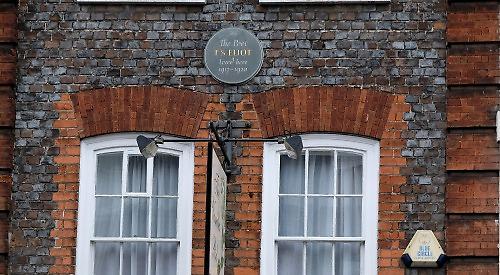 RARELY is Marlow featured here so, for a change, here’s something from our neighbouring town.

It is plaque commemorating the building in West Street where the poet and dramatist T S Eliot lived.

The building is now a discreet restaurant called the Vanilla Pod.

Born in America in 1888, Eliot was educated at both Harvard and Oxford.

After settling in this country, he worked as a schoolmaster while writing plays and poetry. He was known for his uncompromising language and for his daring and innovative poetry.

Eliot is said to have told his mother: “We have finally come out of London to a charming little town on the Thames to a street where Shelley used to live”.