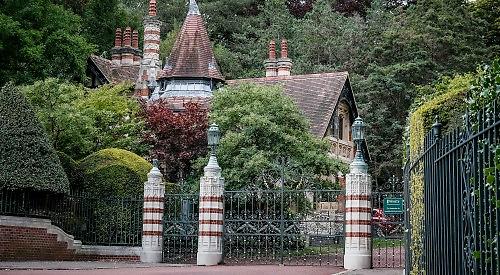 THIS must be one of Henley’s most hidden places since all that passers-by can see is the fine embellishments at the entrance gates.

Friar Park is an ostentatious Gothic-style mansion with 120 rooms which was originally owned by Sir Frank Crisp in the 19th century.

It later became a school run by nuns before being bought by the former Beatle George Harrison in 1970 and is still owned by his widow Olivia.

Some older readers will remember when the grounds were opened to Henley residents for one day every year.

The stories from those lucky enough to visit are almost legendary with reports of caves, secret passages, grottos, themed pleasure grounds, lakes with a dam and waterfall and intriguing follies.