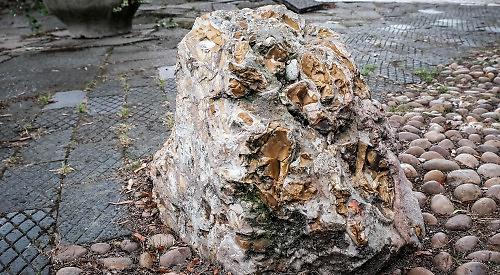 NEAR the top of West Street in Henley is this pudding stone, similar to those found in Nettlebed.

It may be one of a pair that were once located in what is now King’s Road car park and were shown on the 1925 Ordnance Survey map.

These naturally formed rock conglomerates are estimated to be 50 million years old and were once prized for their apparent magical properties.

Thought to ward off evil spirits, they were sometimes built into the walls of churches.

There is a legend that some Oxfordshire farmers who removed pudding stones from their fields to avoid damaging the ploughs were wasting their time because the stones could reproduce underground and would reappear!