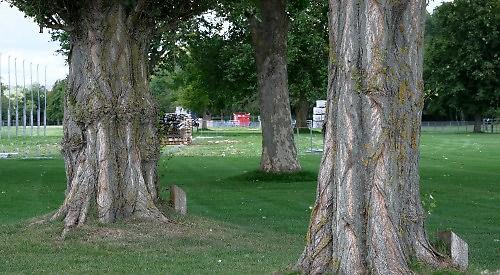 THE slight bend in the river on the Henley Royal Regatta course is known as Poplar Point because poplar trees have been growing there for longer than anyone can remember.

It was originally around 300m from the finish line at Henley Bridge but since 1886 it has been roughly level with the modern end point.

A stone set in the grass nearby marks the finishing point for the Olympic regatta in 1908.

Two plaques mounted on posts mark the planting of poplars in memory of two key figures in rowing.

One was Peter Coni, who was chairman of the royal regatta for 15 years until his death in 1993, and the other was Kenneth Payne, who won the Boat Race twice with Cambridge and was in the GB eight that competed at the 1932 Olympic regatta, also held on the Henley reach.

Sadly, these are hidden from the view of the many members of the public who use the riverside path.