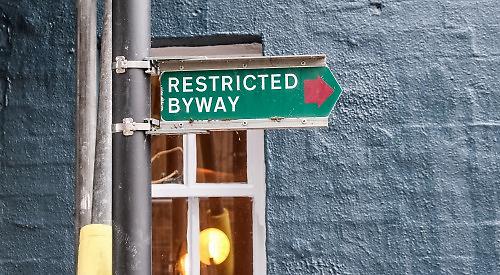 THE restricted byway sign next to the George and Dragon in Wargrave has some history behind it.

It marks the point that is accessible to the public from when there was a ferry over to Shiplake on the other side of the Thames.

As far back as 1902 there was a dispute over this right of way that lasted for more than 60 years.

According to Joan Tucker’s book Ferries of the Upper Thames, there were arguments between Wargrave Parish Council and the former Berkshire County Council as well as the Reading brewers Simonds about keeping the access to the wharf clear for the public.

Neither side was willing to give way until 1962 when it was agreed that a new right of way should be created alongside the hotel and a notice was put up to show this.

However, now it’s not clear exactly where this area is despite the sign!