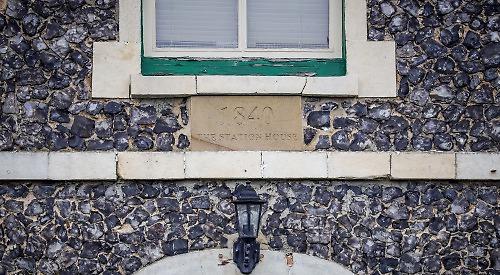 THIS fine building in Goring is right on the edge of what has become a busy road.

But imagine what the area must have been like when Station House was first built.

The property, which is near the village station, was Brunel’s original stationmaster’s house made with flint from the excavations of the railway cutting alongside. The plaque on the front gives the date of 1840.

Fifty years later Oscar Wilde stayed close by in a riverside house with Lord Alfred Douglas when writing his play An Ideal Husband, which included a character named Lord Goring.

Goring has won several awards, including Oxfordshire Village of the Year and a number of Britain in Bloom accolades.