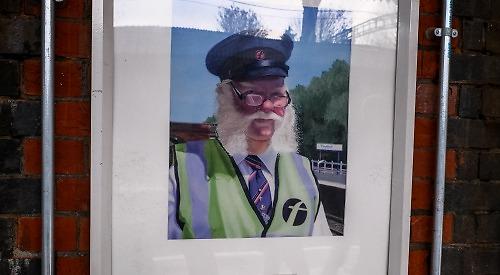 AMONG the celebrities living in the Henley area is Norman Topsom, who has worked tirelessly as a youth worker, YMCA trustee and at a local church as well as more than 50 years on the
railways.

For all this good work he was made an MBE in 2005 and was also a Face of Henley.

Many Henley residents who take the train to Paddington every day walk right past this picture of Mr Topsom, which is displayed in a prominent place on the platform that is often used for London-bound trains and right outside the ticket office. The photograph was taken by Terri Jones, a local artist and organiser of the Henley Arts Trail.