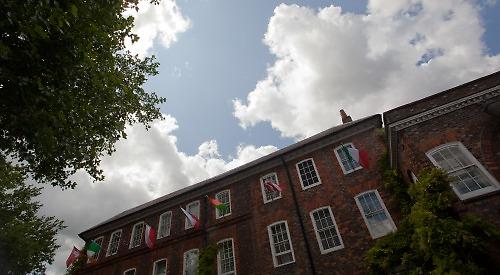 Steeped in history and with many a royal or celebrity guest, the hotel is positioned next to the River Thames and Henley Bridge, a scene often used in photographs, films, art and other images.

But why — was it to avoid the window tax of many years ago, which was dubbed “daylight robbery”? If so, then why only one? Does anyone know?