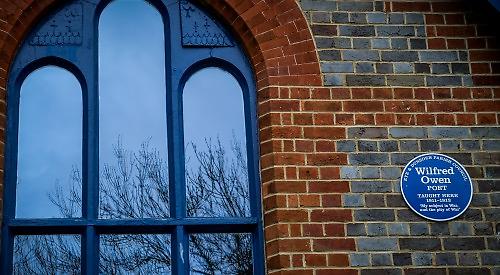 THE former school in Dunsden, which dates back to 1846 is now the village hall.

The building and its grounds are well looked after thanks to money from South Oxfordshire District Council, an aggregates and concrete company and the Woodland Trust.

A plaque on the wall states that the First World War poet Wilfred Owen taught there.

Before the war he worked as assistant to the vicar of Dunsden while studying at what is now the University of Reading.

Owen died, aged 25, just a week before the Armistice.

He is also commemorated on a blue slate plaque at Poets’ Corner in Westminster Abbey.

The epitaph ends: “My subject is war, and the pity of war”.