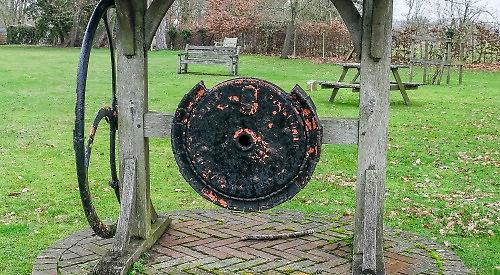 THE plaque to the Great War poet Wilfred Owen in Dunsden is not the village’s only curiosity.

The well on the village green dates back to 1878.

The metal plate fixed to the brick plinth says: “This well is 150ft deep and was dug at the expense of Suzanna Caroline Palmer and Isabella Crawshay for the use of the inhabitants of Dunsden for ever. May 1878 R H Hart Davies, vicar.”

The Dunsden Wilfred Owen Association says it was at this spot in 1912 that an accident occurred when a horse pulling a cart bolted and killed a mother and her four-year-old daughter.

Owen, who worked as lay assistant to Rev Herbert Wigan, helped at the double funeral, inspiring his poem “Deep Under Turfy Grass”.

He reported that his religious faith was severely tested by the tragedy.