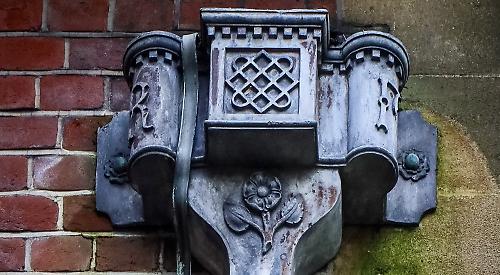 THERE is only one Sue Ryder sale at Nettlebed left to go and it seems there is little chance of a revival, so time may be running out to view this week’s subject.

Many years ago, when the common land there was under the jurisdiction of Thomas Stonor, there was a well-respected woodsman called Joyce who is said to have given his name to Joyce’s Grove.

This Grade II listed building was designed by Charles Mallows and built in 1904/5, incorporating parts of earlier buildings.

Records of owners and occupants go back to 1802 and include Robert Fleming, whose grandson Ian was the creator of James Bond.

The house even had its own fire brigade with water supplied by a 350ft well.

In 1937 it was given to St Mary’s Hospital in London and then to the National Health Service in 1948.

It was purchased by the Sue Ryder Foundation in 1979 and since then thousands of patients have been cared for there.

The public are allowed access to the grounds of Joyce Grove at the moment but when the buildings and grounds are sold this may well change, so take a look at the details on this historic building as you walk around.

You will see that the roof drainage downpipes have the initials “R.F.” cast into them and some at the rear have a thistle. Perhaps this is a Scottish thistle as Robert Fleming was originally from Dundee.