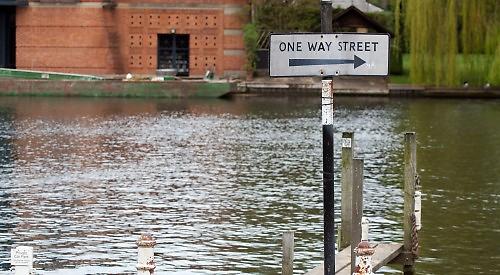 I HAVE received a number of helpful responses to my item last week about the marker next to the river in Thames Side, Henley, and will update you next week.

Alongside the post the area now looks rather pretty, as shown in the picture above left.

The other image shows what it looked like previously with a metal sign dating back to the middle of the last century at least.