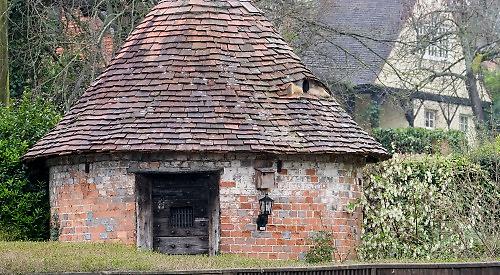 THIS building is in the grounds of a cottage in Pangbourne where Wind in the Willows author Kenneth Grahame once lived.

Some accounts say that it became his makeshift garden retreat where he wrote (despite the lack of windows), while others say that it was the village lock-up.

The old weather vane on the roof incorporates the word “Vigilante”, meaning a member of a self-appointed law enforcement group, so the lock-up theory seems more plausible.

The building is on private property, so you can just catch a glimpse as you walk past.