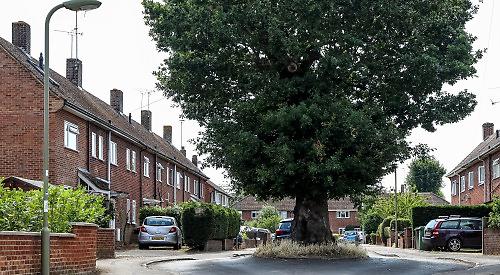 HOW many housing estates are there with an information board giving an explanation of its name? Well, we have Gainsborough in Henley, in which can be found the old tree in my picture.

Humphrey Gainsborough had built in 1775 a working model of a commercially viable and efficient steam engine and applied for a patent but was declined. James Watt, with whom we often associate the invention, had taken it over and patented it as if it was his own within just three weeks of Gainsborough’s death.

The information board explains that this mystery could partly be down to Gainsborough’s philosophy of sharing his knowledge for the betterment of all, although it could have been worth a fortune to him and his descendants.

Anyone walking at the entrance of the estate can also read that although his brother, the painter Thomas Gainsborough, was the better known of the two, this minister, engineer and inventor was a man of many talents of whom our town should be justly proud.