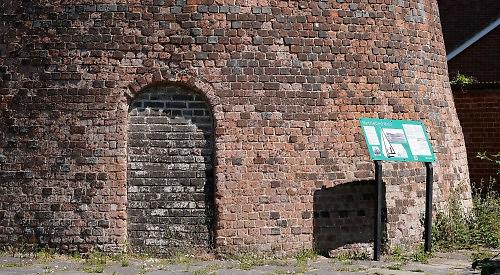 THIS well-preserved old kiln amongst houses in nearby Nettlebed was once a works railway transporting raw materials from the quarries and fuel for the kiln fires.

Records show that bricks and tiles from here were ordered for building work on Wallingford castle back in 1365, Stonor house in 1416 and Abingdon abbey in 1422.

By the mid-19th century it was a flourishing industrial site and must have been a centre of much activity with the heat, smoke, horses and workers together with the clay pits, water pools, brickyards and drying sheds plus at least five kilns — of which this is the only one that remains.