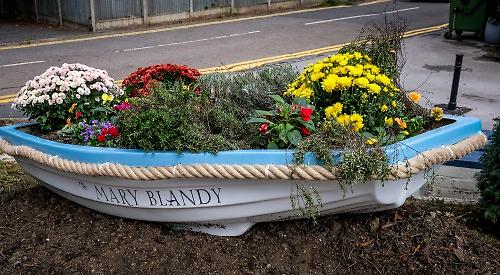 A PLANTER in the form of a pram dingy has replaced the previous boat, which was rotting, in front of the Little Angel pub in Henley.

It is filled with colourful perennials, has a coir fender and carries the name Mary Blandy.

Most locals know the story of the 18th century woman who lived in Hart Street and was convicted of murdering her father for which she was executed in April 1752.

Her ghost is said to haunt places in the town but I don’t know whether it has ever been seen at the pub.