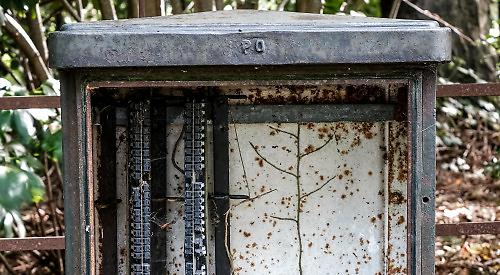 AROUND Henley there are several inspection covers and connection boxes with either the G.P.O., Post Office Telephones or just the initials cast into them.

Dating back to instructions from Oliver Cromwell in 1657 and the act of Charles II in 1660 to establish a national postal system, the quaint-sounding General Post Office had a virtual monopoly of postal and, later, telegraph and telephone services right up until the Eighties.

This curious old cast metal connection box, complete with the letters
”P O” above where the doors would have been can be found at the top of White Hill and appears to have been out of use for some considerable time.