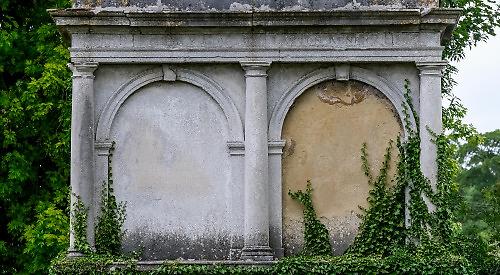 THE Kenrick Mausoleum in Hambleden is a Grade-II listed neo-classical square building with an octagonal dome topped by an urn and was built in the mid-18th century by Clayton Kendrick in memory of his father John and sister Elizabeth.

From the same family and one of 15 children, Scawen Kenrick became rector of the church there in 1722 and the fine rectory that went with the position eventually became a private house still known as Kenricks.

Although the building was restored in 1952, the inscriptions are worn away and it is now suffering the effects of time and weather and has been fenced off for the safety of the public.

Like many of the subjects of this feature, it’s advisable to take a look at it sooner rather than later.