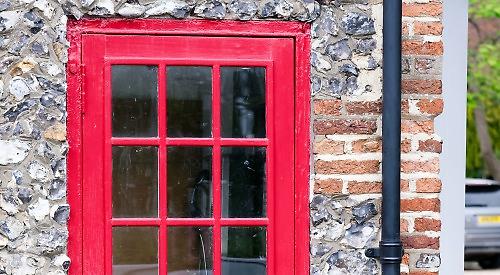 THE use of mobile phones in the last 20 years has accelerated to such an extent that it’s almost impossible to imagine how we managed without them.

Even so, it is refreshing to note that their use will still be banned in the stewards’ enclosure at Henley Royal Regatta when it returns next year.

Apart from this, there are few places where people are not seen either talking on their mobile or texting.

Hence it was with considerable pleasure that I took this photograph a few weeks ago of an old phone box in Hambleden.

The kiosk is set into the wall of the village post office and general store and, unusually, still has a phone inside.