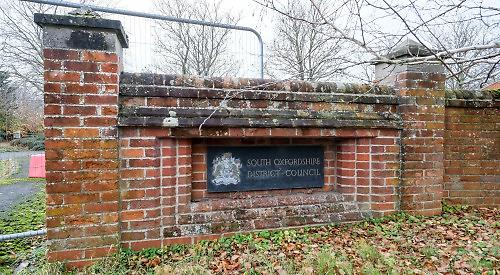 AT Crowmarsh Gifford you can see this large plaque set into a specially designed wall to mark the entrance to the old South Oxfordshire District Council offices.

Through the barrier, the car park and access roads can still be seen, although nature has been taking over.

Most readers will remember the arson attack reported extensively in this newspaper in January 2015 which resulted in the destruction of the buildings.

For the last few years the council has operated from temporary premises at Milton Park and in February this year came up with new designs for the site in my picture.

Then in October the council announced that the new site for its HQ will be in Didcot and that it will not be returning to Crowmarsh.