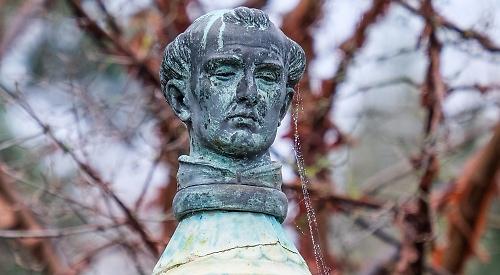 ONE of the best known but mysterious places in Henley is Friar Park.

It was built for Sir Frank Crisp, a lawyer and microscopist, in 1889 and was a convent school in the Fifties before being bought in 1970 by Beatle George Harrison, who was then only 27.

On the top of the gate pillars at the Gravel Hill entrance are friars’ heads which may have been modelled on real people, perhaps even Sir Frank himself.