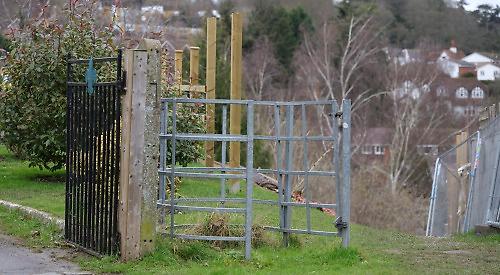 HERE we have the curious sight of a swing or kissing gate on a public footpath all on its own.

The surrounding fencing has completely disappeared and this redundant feature is all that’s left.

It is next to the entrance gates to the scout hut and Headway car park in Greys Road, Henley, opposite the Saracen’s Head pub.

Another strange thing is the 35 steps down to Water Lane, or Waterworks Lane, street names which don’t seem to appear on maps or on a name plate but which are locally known since the water pumping station is located here.

We also have wonderful names like the Murder Steps, or Ghost Steps.

It could be that this was used by locals when it was called The Hangers before all the housing was built on the tree-covered valley.

Can any reader verify this peculiarity or explain it in some other way?