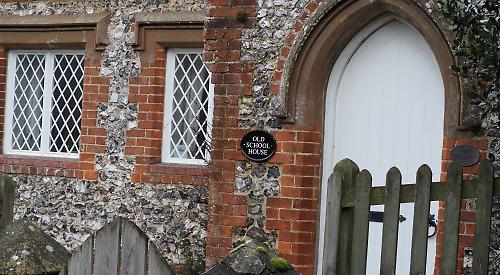 THIS fine building can be found on the approach to Lower Assendon and has a Chilterns award plate proudly mounted by the front door.

The nameplate reads “Old School House” and was built as the parish school in the mid-19th century in Tudor Gothic-style brick and flint with distinctive lattice-paned windows.

Records indicate that it was supported by Mr J Newell Birch, of Henley Park, to take about 20 children of the local poor. However, it was converted into a house after about 30 years.