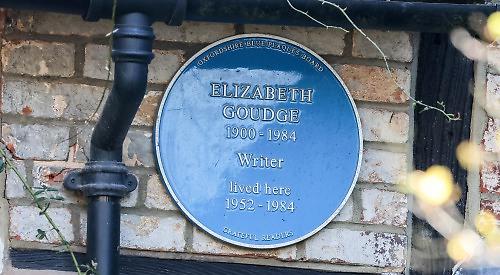 ALONG the old byway in Peppard known as Dog Lane, just before the main road, is a charming 17th century cottage proudly displaying this blue plaque.

It honours Elizabeth Goudge, a British writer of novels, short stories and children's books, who spent the later years of her life here.

She was a best-selling author in Britain and America from the Thirties through to the Seventies and interest in her was revived decades later.

She won the Carnegie Medal for British children's books in 1946 for The Little White Horse, which J K Rowling identified as one of her favourite books and one of few with a direct influence on her Harry Potter series.