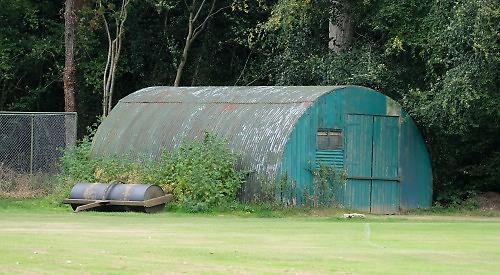 THIS half-cylindrical shaped building can be found on the recreation ground and cricket field in Checkendon.

The design was invented by Major Peter Nissen and the “Nissen Huts” were cheap and quick to build.

They were made of corrugated steel and were used extensively around here during the Second World War.

There were 228,000 Polish troops in the British army and many were displaced after the war.

Some ending up living in buildings such as this in Checkendon and the surrounding woods and common land as well as at Nettlebed and Kingwood Common.

Most of these resettlement buildings have been dismantled or become derelict but this one survives and is probably used now to store groundkeeping equipment.

I understand that the shell of a wartime chapel, which was erected by Polish inhabitants, still survives somewhere in this area but I don’t know where. Perhaps a knowledgeable reader can advise me of its location?