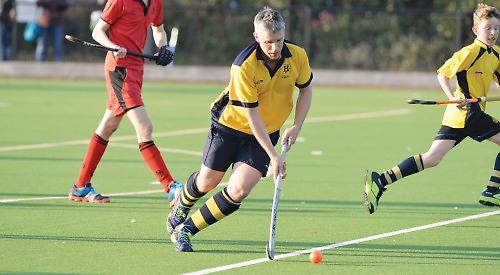 HENLEY 3rds went down to a 3-0 defeat in West London last Saturday against Ealing Lions.

Having won the reverse fixture 4-3 in a tight and combative encounter, Henley knew that they would have a battle on their hands – particularly given Ealing have not lost a home game for nearly three years.

Looking a little rusty from the start, Henley struggled to put together the flowing hockey that has become their trademark. The inconsistency of the pitch caused some difficulty for the away team, something which Ealing have adjusted well to.

Beginning to get a measure of the surface, the visitors started to put together some more incisive attacking moves, with Harry Wray looking particularly dangerous on the left wing, unlucky not to score with a shot which deflected off the post.

Ealing drew first blood when a reverse stick strike in a crowded area defeated Cordrey just before the break.

In the second half Ealing extended their lead to 3-0 with two soft goals from penalty corners. This meant that they could defend much deeper, which restricted their attacking chances to speculative long balls, easily nullified by Rob Blair.

Henley took the chance to regroup and play a more expansive form of hockey, with Ian Rechner giving structure to the forwards by playing the high forward role and creating numerous chances. The recovery came too late with Henley unable to make an impact on the scoreline.

Despite the setback Henley just retain their position as second in the league.