Harrow make the most of numerical advantage 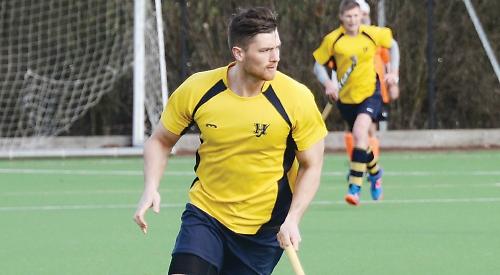 HENLEY 2nds got their new league campaign off to a losing start at Harrow last Saturday.

The opening skirmishes belonged to Harrow as they showed their intent by attacking fast and direct but the visitors eventually found their feet and started to impose their own character, creating a few clever chances but ultimately not troubling the keeper.

The deadlock was broken when John Doyle, on his Henley debut, surged down the right, crossed and found Jeremy Hughes-Burne at the far post to open the scoring.

The hosts levelled a few minutes later when a misjudged pass was intercepted in midfield, allowing the Harrow centreforward to drive into the Henley D and slot the ball past Bowyer in goal.

Henley dominated large parts of the second half, although as the game moved towards a likely draw the umpires took a dim view of some of the tackles, culminating in skipper Herbert spending two minutes on the sideline and a short corner being given against his team. From this the home team worked a good routine to score their second of the match.

Henley had chances at the other end to draw level again, notably from Doyle whose reverse strike was well saved by the Harrow keeper.