Metcalfe's brace not enough as side suffer opening day defeat 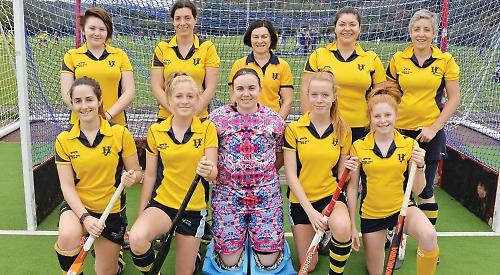 The visitors started strong from the whistle, using all players to push forwards into Southgate’s half. A continuous high press put pressure on Southgate’s defence causing them to make errors.

An attacking play up the left hand side led to the ball being slipped to captain Georgie Metcalfe who evaded a defender and fired home to give Henley the lead.

Henley continued this high intensity with wave after wave of attacking play, stopping Southgate from having much possession. A free hit at the top of the D saw Mel Joyce calmly fire the ball towards the goal, finding Metcalfe’s stick which angled the ball into the net once again.

From a missed Henley penalty corner the hosts mounted a quick counterattack, outrunning the visitors’ defence and leading to their first goal to reduce the arrears at half-time.

The second half told a different story as Southgate piled the pressure on Henley, forcing errors and beating players with speed and skills, scoring three quick goals within 10 minutes.

A rattled Henley side managed to regain composure and possession but despite finishing strongly they were unable to make a comeback.

HENLEY Ladies 3rds got their new season off to a losing start at home to Maidenhead Ladies 4ths. The hosts had a slow start to the game conceding a goal within the first seven minutes. This spurred the amber and blues on as they came back much stronger towards the end of the first half. Henley upped their game in the second half and equalised through Esme Emmett following a short corner.

Despite some good passing movements from the hosts Maidenhead broke away to score the winning goal soon after.