Second half goal enough to give derby day honours to visitors 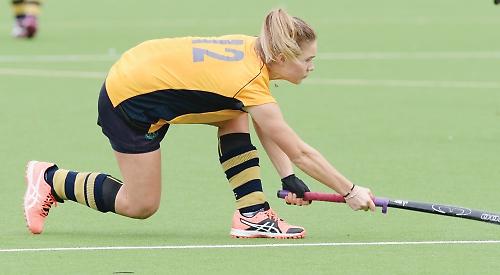 HENLEY Ladies 1sts went down to a narrow defeat against local rivals High Wycombe at Jubilee Park on Saturday.

The amber and blues started with a strong attacking line-up which led to a lot of chances and attacks towards Wycombe’s goal but they were unable to find the back of the net.

Ellie Roseff marked the opposition’s key player out of the game effectively, breaking down Wycombe’s play. Strong passes by Henley’s midfield line through to the forwards kept the pressure on Wycombe’s defence, with the majority of the play in the visitors’ back quarter.

Wycombe kept challenging with several counter-attacks, but Henley’s defensive line were able to deliver strong block tackles, breaking down play and disallowing Wycombe’s shots on goal as the first half ended goalless.

Wycombe started the second half strongly and managed to get the ball into Henley’s D but Hannah Lavis in the home goal reacted quickly, kicking the ball out before it crossed the goal line.

A quick interception from Wycombe led to them dribbling down the wing and into Henley’s D, slipping past the Henley defence and scoring what turned out to be the decisive goal.

A quick decision by Henley’s defence led to a ball forwards down the left, reaching the home side’s forwards and a strike at goal but Wycombe managed to fend off the threat and keep the home side at bay.