Metcalfe is hat-trick hero for amber and blues 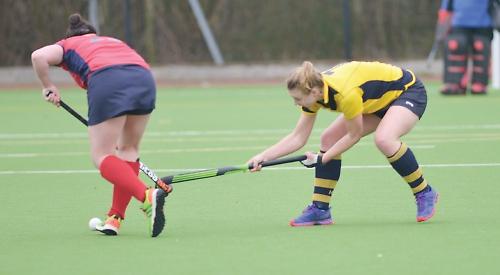 The hosts set out hard from the start which set a high tempo for the game and took the lead when, attacking down the right hand side, Barham and Walker skillfully took on the Southgate defence. Holloran ran the baseline, finding Hoskins, who then slipped it left for Metcalfe to score.

On a roll, Henley saw England dance past several Southgate defenders, once again finding Metcalfe who made it 2-0.

Still pushing forward, Joyce took the ball to the top of the D, committing defenders and slipping it to Metcalfe who fired home to secure her hat-trick.

Against the run of play, Southgate took their chances with some quick attacking play and pulled a goal back before half time. In the second half Southgate played a tight defensive press, making it difficult for Henley to drive forward. Despite this Henley continued to press on in search of a fourth goal but were unable to convert. Southgate once again caught the home side on the counter attack to score but despite a tense end to the game, Henley held on to secure all three points. Metcalfe and Chloe Nelson were awarded players of the match award for the hosts.