Cheetahs leave all comers in cold 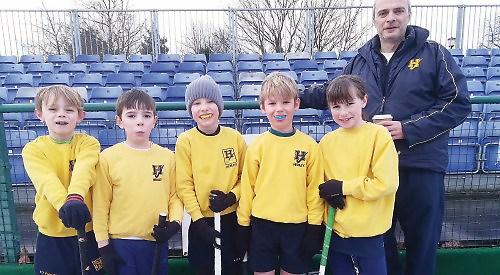 HENLEY CHEETAHS U8s travelled to Reading Hockey Club for the final round of minis tournaments this season.

With many other local pitches still covered in snow, Reading had deployed a team with shovels to clear the pitch and ensure the games went ahead.

Henley’s first game against a combined West Berks and Reading team was an initially close contest until Jamie Taylor scored a couple of quick goals and Tomas Chamberlain rounded off the match with a third to end the game at 3-0 to the Cheetahs.

Henley’s next opponents were Marlow and again a close start saw the team play some fine hockey, moving the ball across the pitch to find space and each other. With time running out Alex Woolfrey found Jamie Taylor free and he took the ball forward to score the only goal of the game to leave Henley 1-0 winners. The final round match against hosts Reading rounded off a successful morning as Henley finished up with a 7-1 win with two goals each from Zac Barrass, sister Caitlin and Jamie Taylor and a final strike by Alex Woolfrey. Reading scored with the last move of the game.