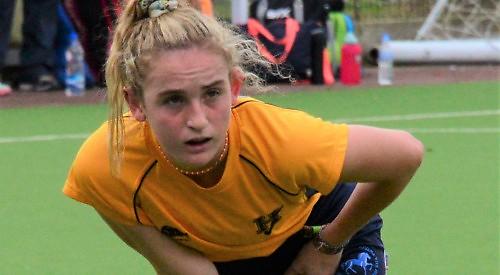 After five minutes Henley won a penalty corner which was pushed out by Billie Moore, stick stopped by Karen Walker for a good straight strike by Rachel Herbert for the ball to hit the post, rebounding into Henley players and after another shot hitting a Marlow player a penalty was given. Herbert stepped up to calmy convert to put Henley ahead.

Marlow hit back but were thwarted by good goalkeeping from Nicky Hardy and backs Gracie Newbold, Karen Walker and Anna Wray playing the ball around the back.

Henley were forced to defend in the second half as a barrage of attacks resulted in five short corners in a row. Hardy saved several high shots on goal and a ball was also cleared from the line by Walker.

Newbold was injured during one of the corners but with the team’s versatility Moore stepped into left back and commanded the role well.

In the last four minutes the onslaught of attacks eventually resulted in an equalising goal for the hosts.