Amber and blues find the going tough against South Berkshire 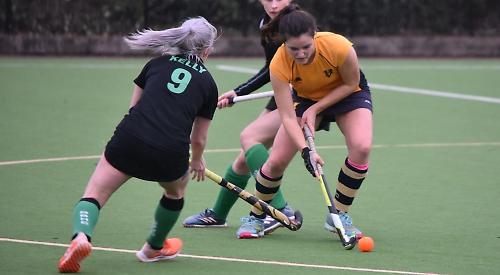 The game started with the opposition quickly going ahead with a breakaway goal. Henley played some good hockey, working hard as a team to keep possession of the ball.

The home side managed to create chances and came close to scoring several times in the first half.

However, Henley did not manage to hit the target and their opposition used their chances well to add two more goals to lead 3-0 at half-time.

The second half saw Henley come out strong, moving the ball around nicely and again working in a cohesive manner.

Henley created several chances yet again, scoring twice with determination from Jenny Buckham-Hedges. South Berkshire also added two more goals but basement side Henley did not give in and fought all the way to the final whistle.