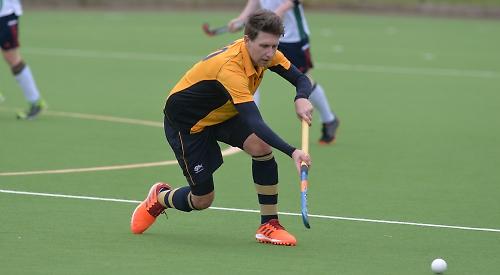 The game started well for Henley, Ed Foster scoring an early goal after good work from Taylor and Green, taking Foster’s tally to 12 for the season.

The game was tightly fought in the first half, both teams even in possession. Foster found himself in the sin bin for a swipe at a Tulse Hill defender before Joseph deflected one narrowly over the bar.

The visitors, who went into the game one place above Henley in the league, then scored two breakaway goals to lead 2-1 at half-time.

Mortimer had to be substituted at half-time with a hamstring injury leaving the hosts with no further substitutes whilst the visitors had a full 16-man squad.

Tulse Hill started the stronger of the two sides in the second half and Henley’s back line and interim goalkeeper Cox defended strongly to keep the hosts in the contest. Henley started to attack with some fine flowing moves, looking like they were in control of the game. Another run down the right wing from man-of-the-match Gupta resulted in Green slotting home to even the scores.

Another attack soon after saw Henley awarded a penalty flick after Tom Walter was fouled as he was about to shoot. Player/coach Rhys Joyce coolly dispatched to put Henley ahead.

The lead lasted just 10 minutes as the Henley players’ legs tired without a substitute and Tulse Hill pushed hard to score two goals on the break and lead 4-3.